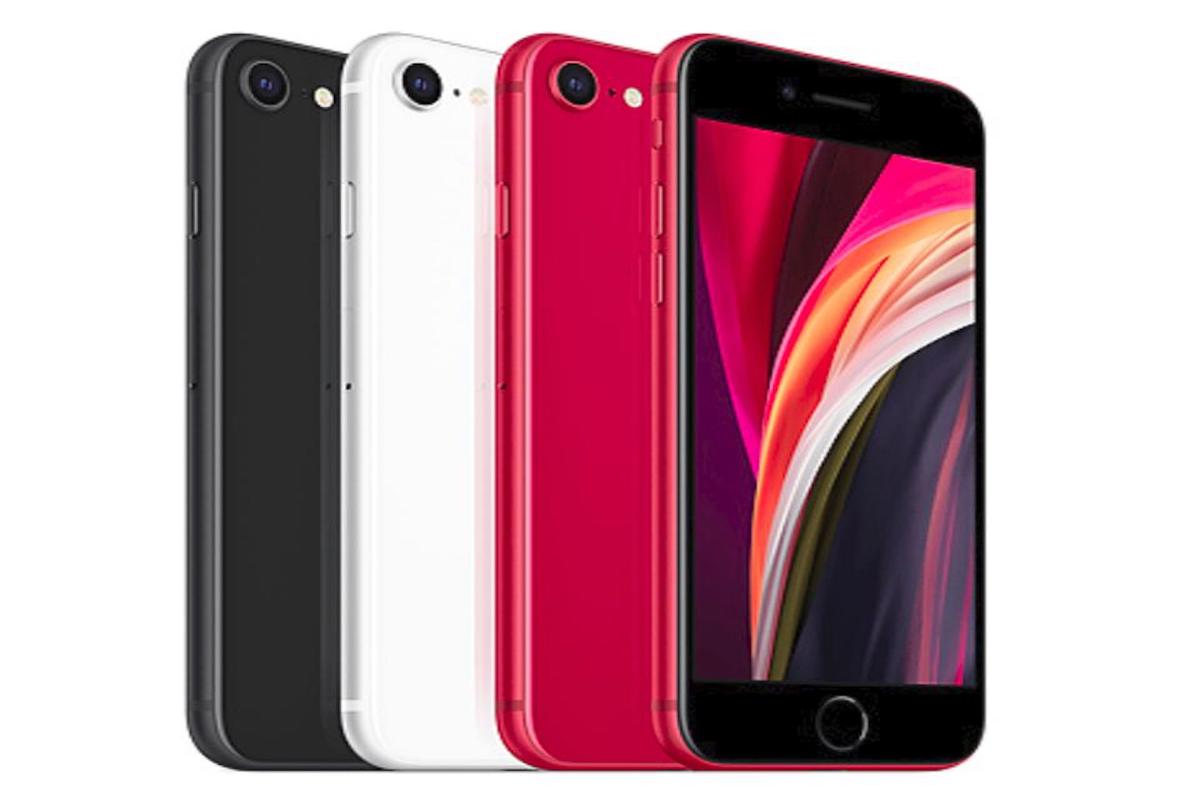 Apple have officially announced the return of the entry-level iPhone SE which will be available with either 64GB, 128GB or 256GB of memory and will start from £419.00 in 3 colours, White, Black & Red, available to pre-order from Apple's official website from 17/04/2020

The first generiation iPhone SE was released just over 4 years ago based on the iPhone 5s, but has upgraded internal hardware, including the newer Apple A9 system-on-chip, greater battery capacity, and a 12-megapixel rear camera that can record up to 4K video at 30 frames per second. The moniker SE is an acronym for Special Edition. The iPhone SE was discontinued by Apple on September 12, 2018

No affordable successor to the iPhone SE was announced during the September 12, 2018 Apple Special Event, and Business Insider stated that "Apple made a big mistake by removing its smallest and most affordable iPhone from its lineup", suggesting that the company was disregarding a significant number of customers who had been worried over the loss of the smaller design.

What to expect from the NEW iPhone SE

It comes with a 4.7-inch retina HD display, and offers water and dust resistance with an IP67 rating.

It also comes with the A13 Bionic chip, which Apple claims is the fastest chip in the world, which it introduced in the iPhone 11 and iPhone 11 Pro.

While Apple hasn’t confirmed the official battery size, it also claims that the SE supports fast-charging that can get from zero to 50 per cent in 30 minutes.

It comes equipped with a single-camera system that features a 12MP wide camera, while the rear camera can support video capture at 4K up to 60fps.

We welcome the return of the new entry level iPhone SE, its predecessesor won over a huge number of fans who wanted a cheaper more compact option.

This is the perfect time for Apple to launch the new iPhone SE, budgets couldn't be tigher with all the uncertentiy of covid-19 and most users can not afford high end handsets, however now they can enjoy the latest Apple device with great spec and compact in size.

The return of the traditional Touch ID on the Home button could prove popular for those not won over by Face recognition and it’s well-documented quirks. Smartphone users, wedded to the iOS platform but not prepared to break the bank, will likely flock to the new SE, if the popularity of its predecessor is anything to go by.

Accessories recommended for your iPhone SE 2020

We will be releasing a range of ESR Exclusive accessories for the new Apple iPhone SE 2020, these will be available to buy from our web shop in the coming weeks.

With this being an entry-level device we are keeping it simple, we will initially launch the Essential, Mimic  Edge Guard Bumper, Air Armor and Glitter range of cases, Clear 1 and 2 Pack tempered glass screen protectors and USB - Lightning cables.

Want to know more and keep updated with the latest from CUBE, then please visit our website and keep and register for a trade account today.